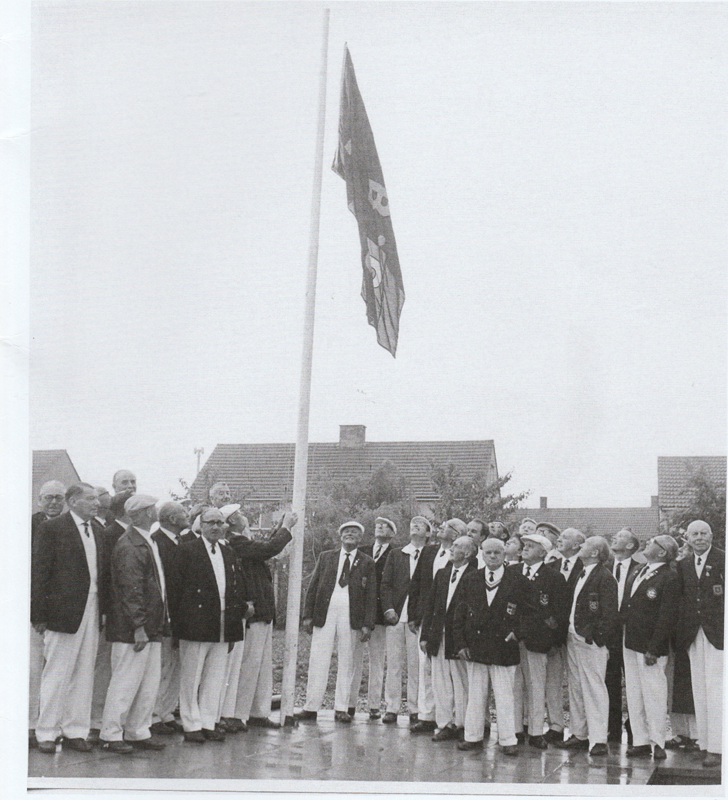 Nailsea Bowls Club celebrated it's 50th anniversary in April 2019, having been founded on it's current site, and opened for play on the 19th April 1969.

However, a bowls club has existed in Nailsea from as early as 1927 with the first match being recorded on the 8th June that year at Rigend (Nailsea) Bowls Club. The war years saw the demise of this initial club, but funds from that ear found their way to assisting the development of the current club, to the stately sum of £21 augmented by a £25 premium bond win!

The current facilities, at Mizzymead, are thanks to the generosity of Mr Harry Wyatt and his family, and to the dedication of the local community over subsequent years. We are proud to acknowledge our current President Mr Richard Jefferies, is a founder member of the bowls club and still actively enjoying the game.

Our badge, designed by Mr Michael Brown depicts the local industry of the period with the pick and shovel of coal mining, the yoke and buckets of dairy farming, a barrel of (no doubts Coate's) cider and of course the famous Nailsea Glass walking stick.